The FAVORITE Sausages of the Soviet Union!

The USSR didn’t really have a choice when it came to sausages (or any food, for that matter!). However, you could mostly get your hands on some varieties ‘Doktorskaya’, ‘Livernaya’ and ‘Chaynaya’. And many of them are still fondly remembered – and eaten – today.

Perhaps the most famous and popular sausage from the former USSR is “Doktorskaya Kolbasa”. It looks a bit like Italian bologna. It appeared in 1936 and was recommended for consumption after a long period of famine (“for those whose health is unstable due to the Civil War and Tsarist despotism”), hence its name, as it translates literally as: “Doctor’s Sausage,” The recipe contains beef (25 percent), pork (70 percent), eggs (3 percent) and milk (2 percent). The meat, meanwhile, was always top notch. In the 1970s, during the deficit, manufacturers started adding starch, with some factories refusing to follow suit. Today, if there is no crisis, there is even less meat, with soy added to compensate. 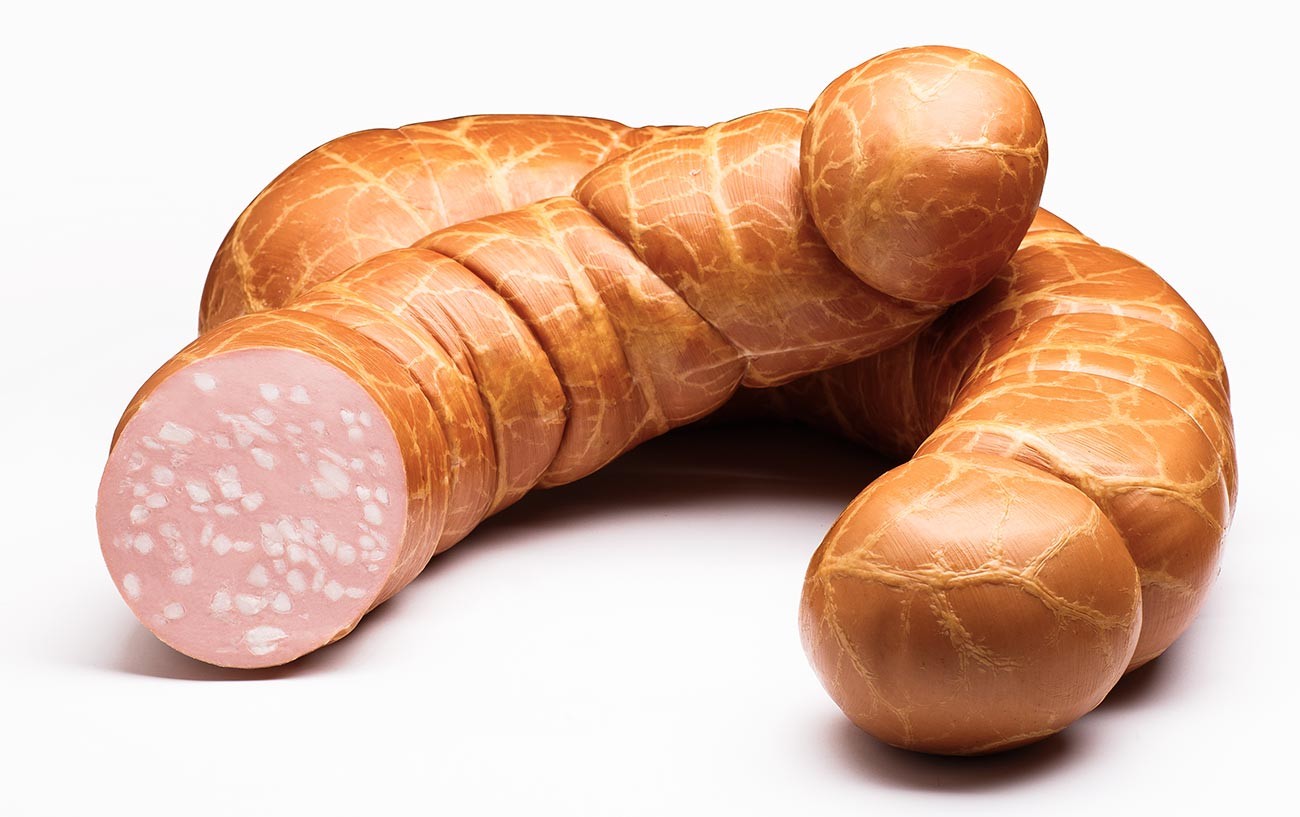 The second most popular sausage was the “Lyubitelskaya”. This boiled sausage contained added pork fat. According to state regulations, it contained a bit more beef and less pork, but still consisted of 25 percent pork fat. It also cost a little more than the Doktorskaya. 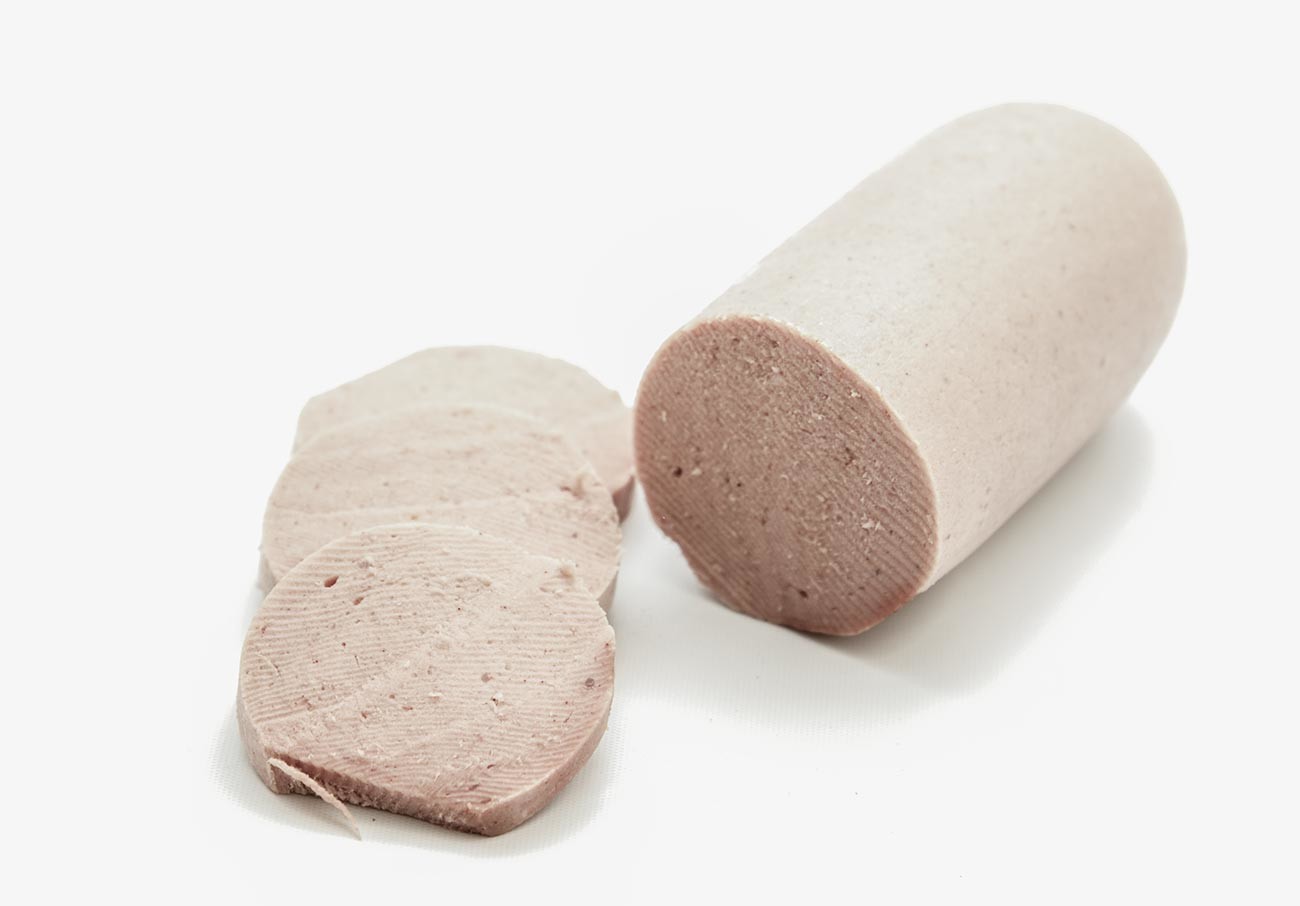 If you don’t like liver sausage, you probably haven’t tried the Soviet type. There were three versions at different prices. It was made up of 100% meat and by-products. You can fry it, put it in a sandwich, even add it to pasta. It was also one of the cheapest sausages, so people often bought it as a snack with drinks, usually alcoholic. The cheapest was once called “dog treat”. 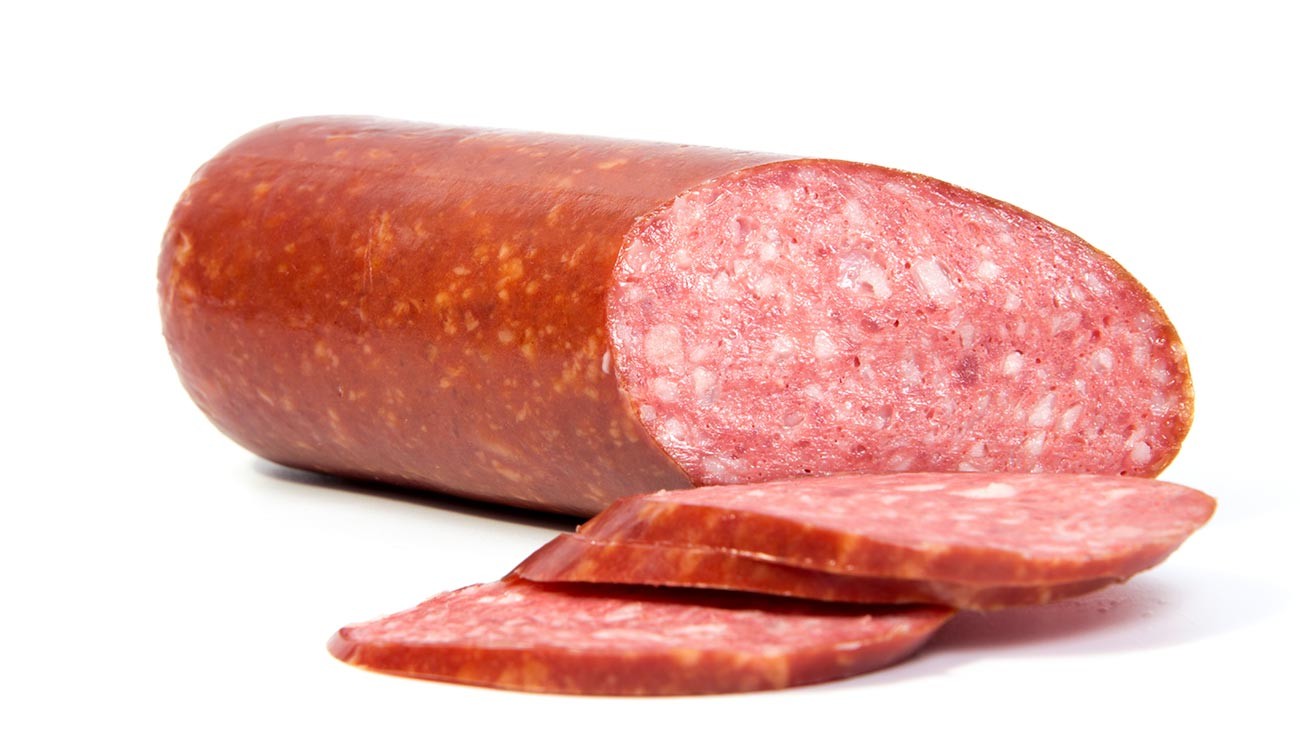 Everyone was browsing the grocery stores looking for this Soviet legend. Getting a hold of a stick of Whiskey was a real treat, and it was normally reserved for festive occasions – in part because it could be kept for a long time without refrigeration. The first version of the Finnish brainwash appeared in 1980, before the Olympic Games in Moscow. It was imported from Finland. Muscovites took a liking to it, and from then on ‘Finnish Cervelate’ began to be produced locally. 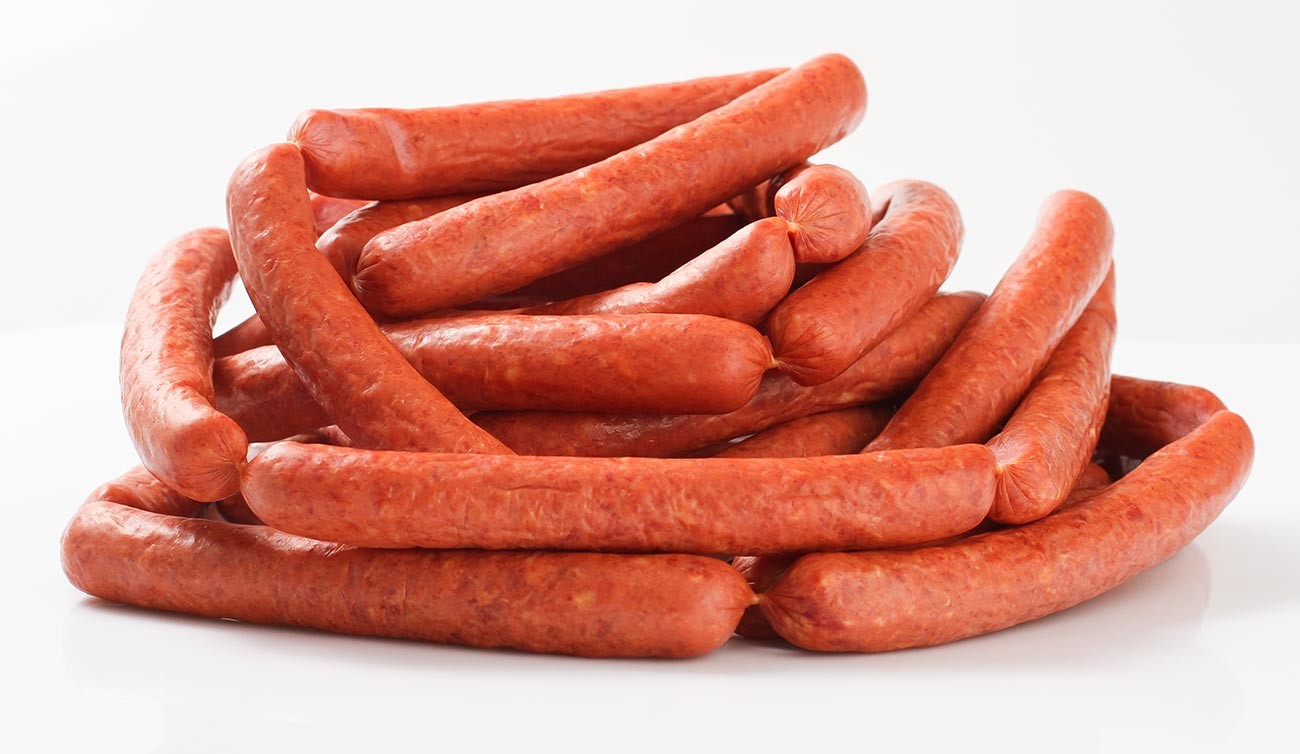 The “hunter’s sausages” are said to have originated in Poland, but the USSR also had its own version when they started being produced in 1938. They are basically small smoked sausages that were very easy to take on camping trips – hence the name. They have always brought a lot of joy to people – especially children, because you don’t see them very often in stores. 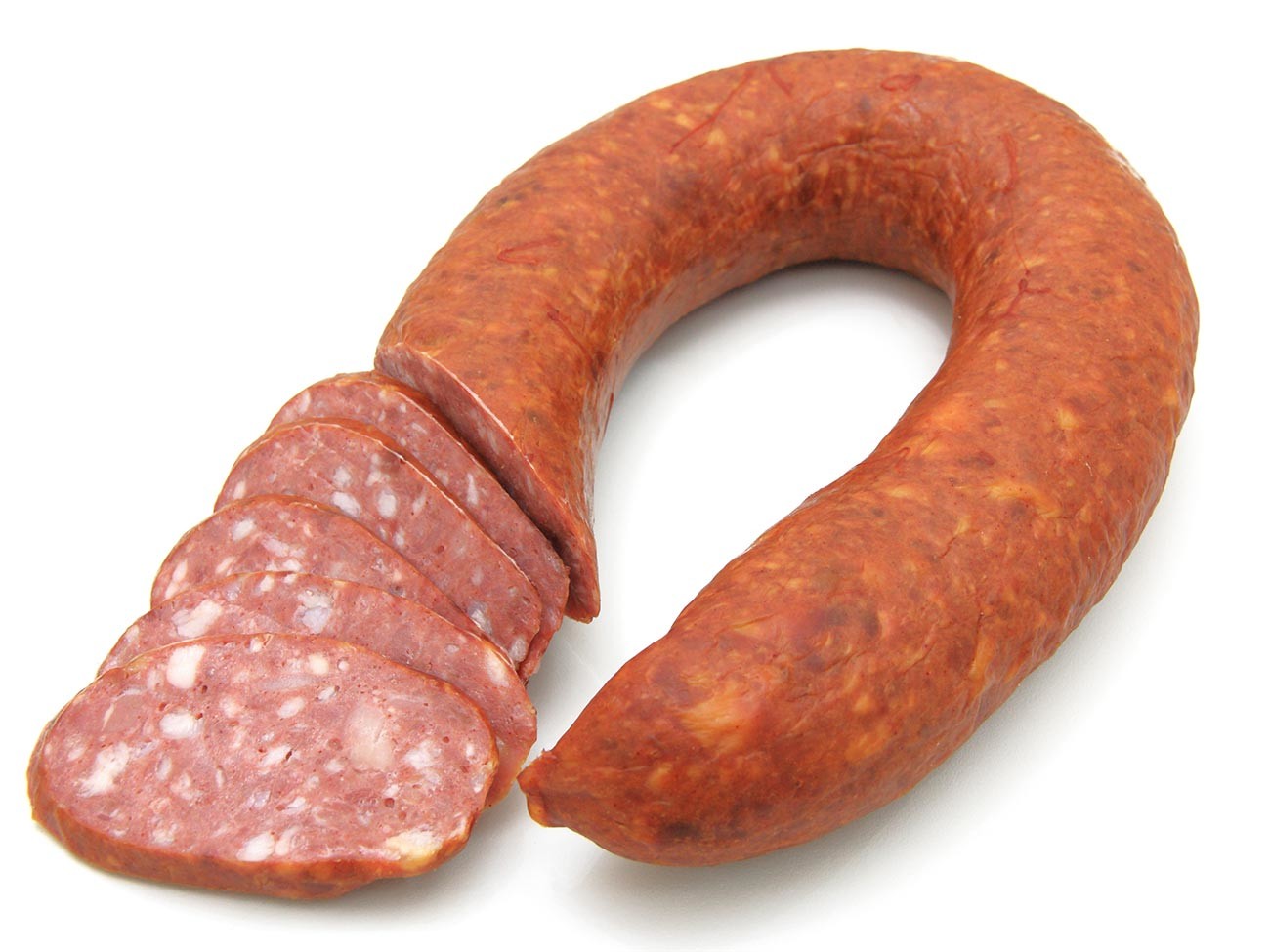 Of all the smoked sausages, the “Krakovskaya”, which has a recognizable horseshoe shape, was the most common in stores. It belonged to the semi-smoked category and was considerably more expensive than the boiled type, due to its higher fat content. Not all families could afford to have it at their dinner or breakfast table. The original recipe for Krakovskaya Kolbaska (taking its name from the Polish city of Krakow) appeared in Russia in the 18th century, but was only mass-produced by the Soviets, with each Soviet republic using the standard recipe. They were especially delicious when fried. 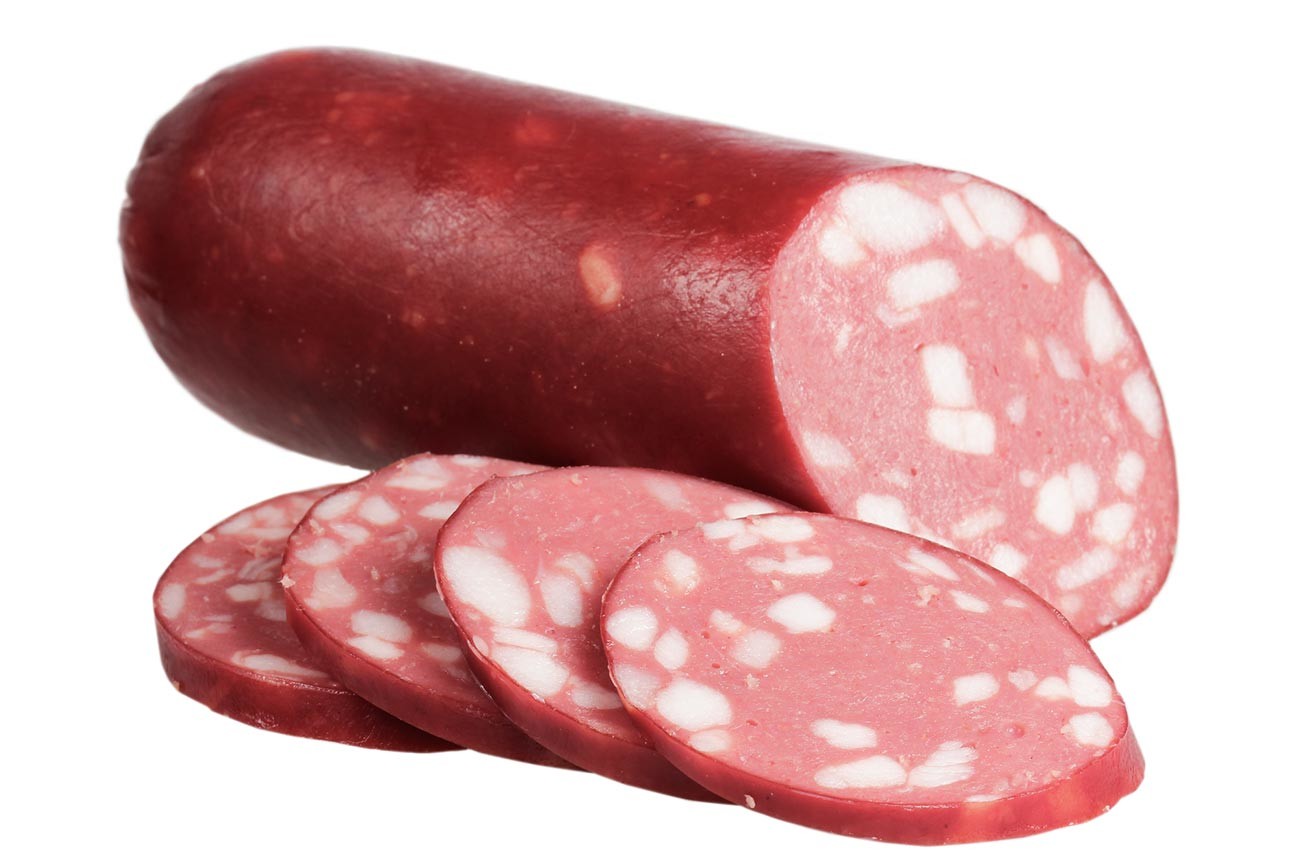 The semi-smoked ‘Moskovskaya’ was very popular and extremely difficult to find, due to the shortages. It wasn’t very expensive and contained 50 percent pork fat, 25 percent low-fat pork, and 25 percent beef and spices. The chunks of fat would be spread evenly in a slice, making it an attractive sausage that was often found on plates when guests were invited. 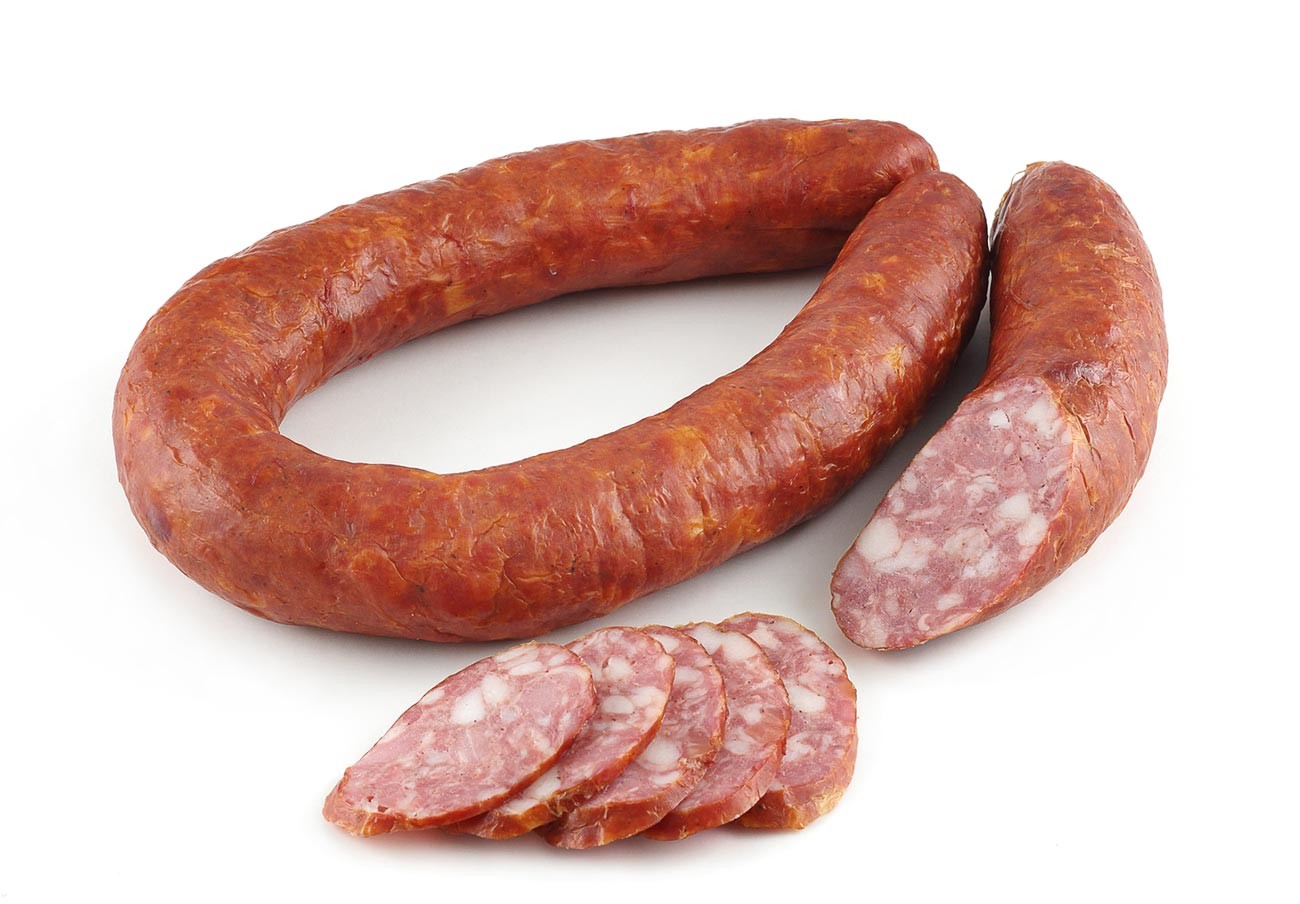 ‘Odesskaya Kolbasa’ tasted similar to Krakovskaya, but its price was more democratic. The recipe was formulated in the 1950s and, unlike Krakovskaya, did not require premium meat. It also contained more garlic and black pepper. 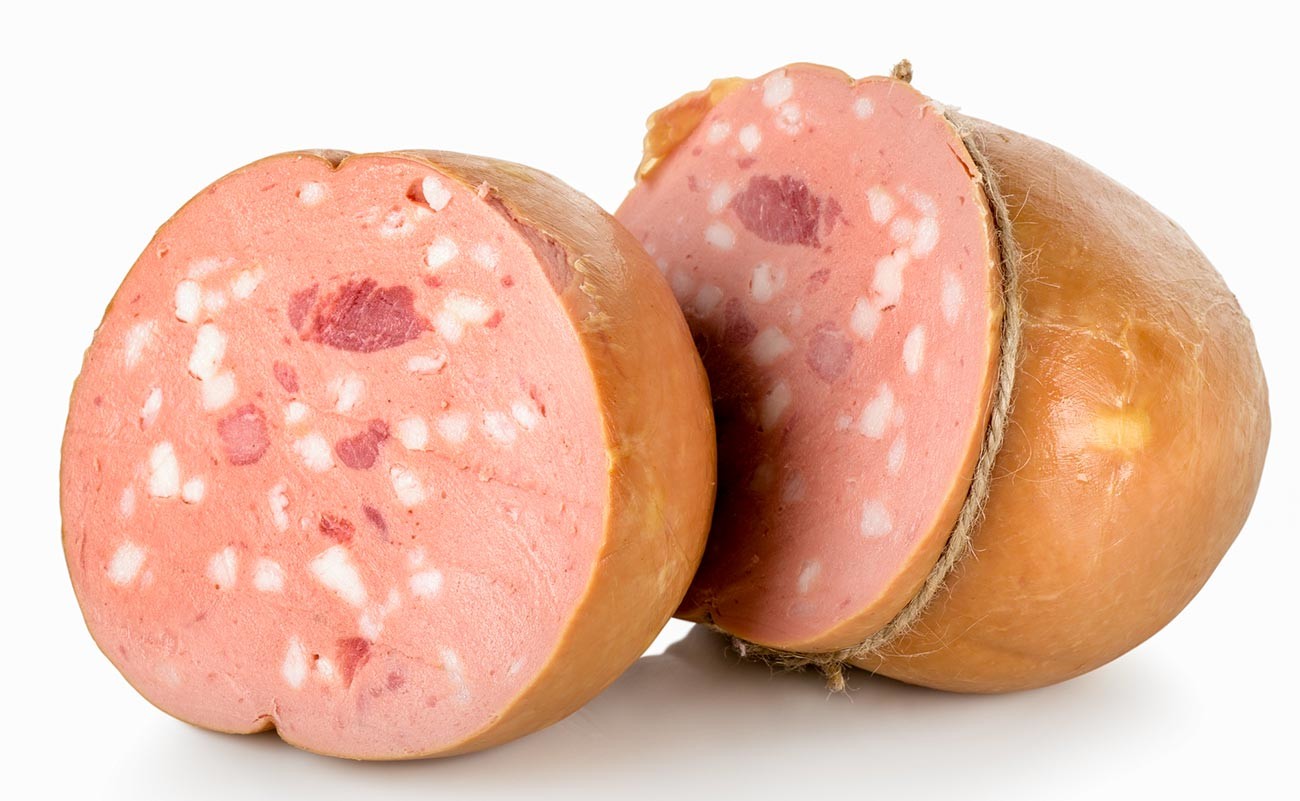 This boiled sausage was even more difficult to obtain than the Finskiy Servelat. As with the Doktorskaya, this was considered a first-class sausage. But, you couldn’t store it for very long. 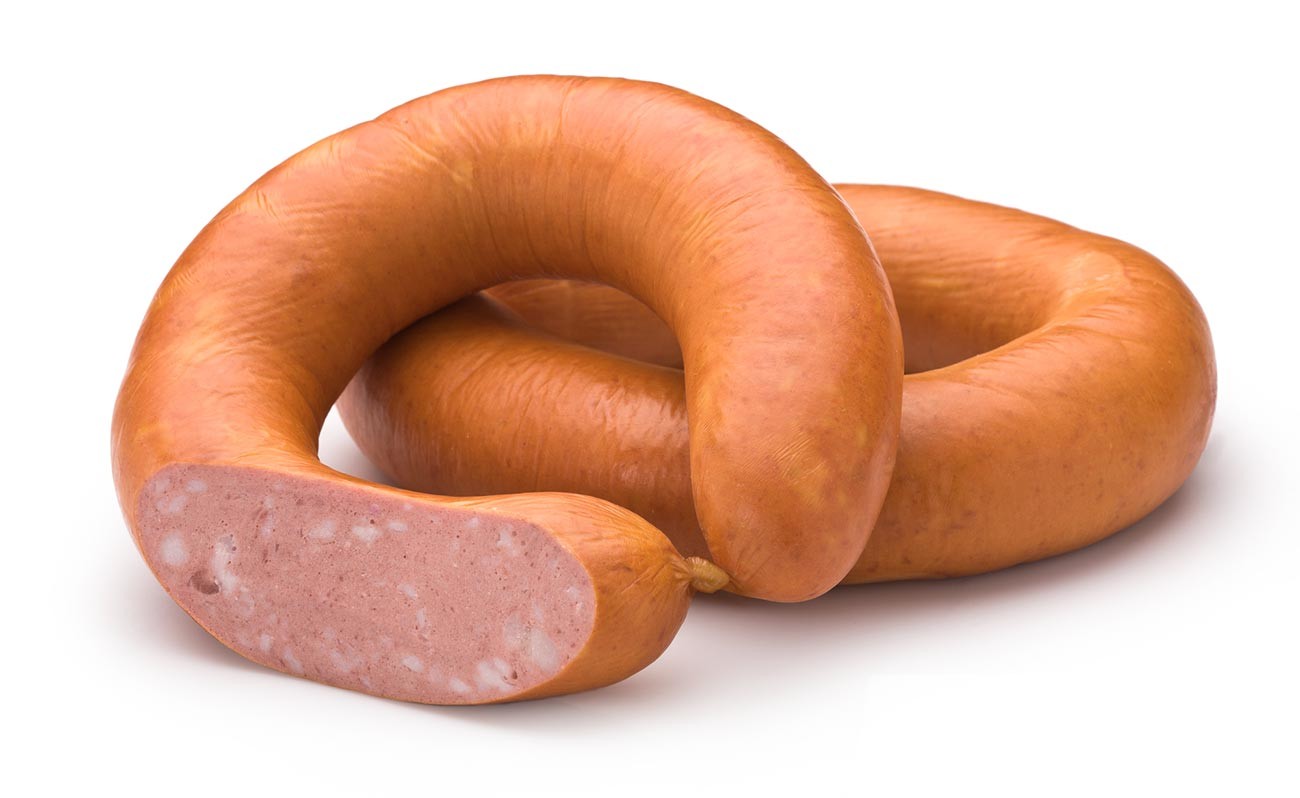 Although this sausage with boiled pork fat is considered second tier, many liked to eat it for breakfast. It can also be boiled or fried with eggs.

If you use all or part of the content from Russia Beyond, always provide an active hyperlink to the original content.